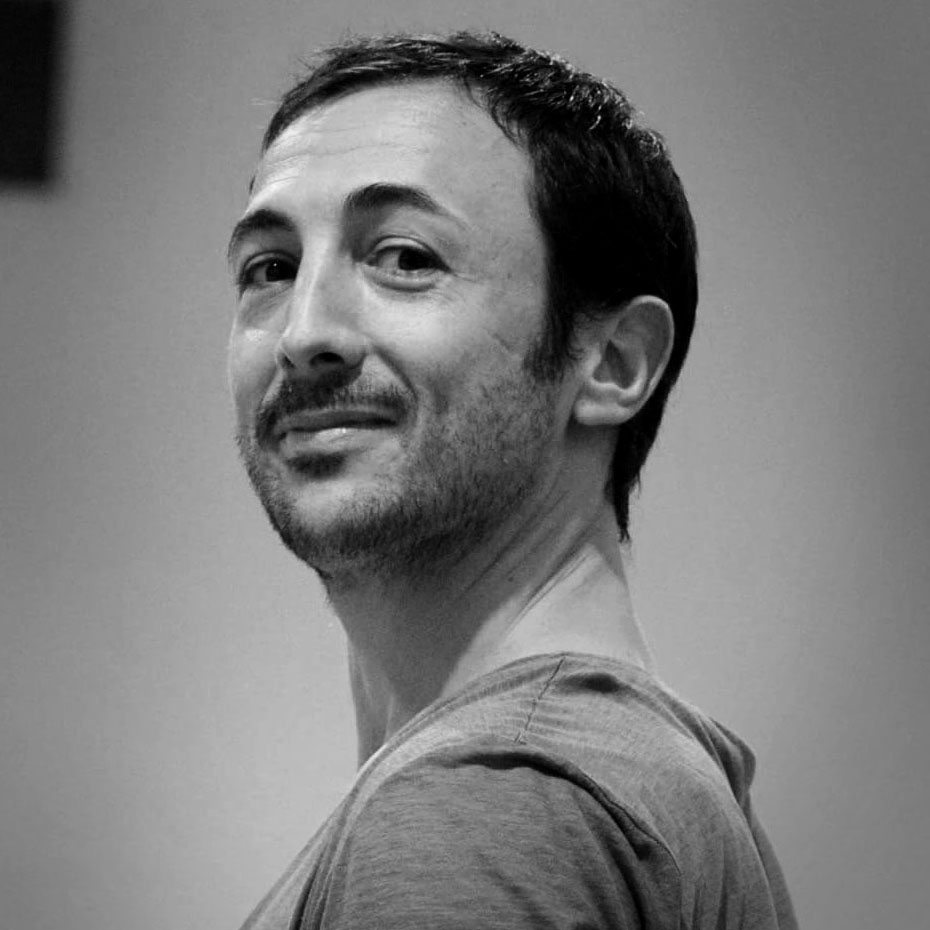 Mr. Gallus was born in Antibes in 1979, and began his dance training at the conservatoire de Nice. At the age of 12 he was accepted into the Ecole National Superior de Danse in Marseille under the direction of Roland Petit where he continued his training with Monsieur Raymond Franchetti and other renowned teachers such as Dominique Khalfouni and Michael Denard.
During his training he won the silver medal at the Mediterranean international classical ballet competition.
Whilst at school Roland Petit created the solo «Iberia» for him along with a solo in his ballet «Roland Petit fait son cinema». He also performed soloist roles in the ballets «An American in Paris» and «Les Variations chromatiques.»

Mr. Gallus began his career with L’Opéra National de Bordeaux in 1998, where his repertoire included soloist Roles in: «Purcell Pieces» by Nils Christie, «Jardin aux Lilas» and «Continuo» by Anthony Tudor and «Napoli» by Bournonville.

From 2000 until 2004 he danced with L’Opéra de Paris, performing in all the companies repertoire, including the works of Rudolf Nureyev, John Neumeier, Roland Petit, Maurice Bejart, Patrice Bart, Pierre Lacotte amongst others and was coached by Manuel Legris and Monique Loudières.
From 2004 until 2009 he danced with La Scala Milan where his repertoire included Soloist Roles in the world premiers of «Dido and Aneas» by Wayne Macgregor, «Contro Potere» by J. Godani and in the repertoire of ballets by Nureyev, Prejlocaj and Kylian amongst others.

During 2009 he was a Guest Principal with Alberta Ballet where his repertoire included, The Prince in «The Nutcracker» by Edmund Stripe, «Midsummer Nights Dream» by Christopher Wheeldon, «Fiddle and the Drum» by Jean Grand Maitre and
«Alice in Wonderland» by Edmund Stripe.

In 2010 he was a first soliste dancer with the Ballet de l’Opéra de Nice where his repertoire included, the Poet in «Les Syphides», Balanchine’s «Allegro Brillante», Bejart’s «Cantate 51», Canitto’s « Viva Verdi and Marco Polo» and Mancini’s «La Campanella».
From 2010 until 2014 he was a soloist with the Ballet de l’Opéra de Lyon where his repertoire included, Albrecht’s friend in «Giselle» by Mats Ek, «Cinderella and Faces (creation)» by Maguy Marin, «Tabula Rasa» by Ohad Naharin, «the second detail, Limbs theorem and One flat think reproduced» by William Forsythe, «This part of darkness» by Benjamin Millepied, «One of a kind» by J.Kylian (solo man) and Boléro by Meryl Tankard.

His international guest appearances include Ballet Dortmund’s International Ballet Gala and the International Ballet Gala in Santo Domingo and Les Hivernale de la Danse Belguim, performing «Firebird pas de deux» by Marco Goecke with Robert Tewsley and Sasha Zaitsev
«Kader Belarbi and friends» in Dubai, Spain, Corsica, Italy, Germany and France performing «Le Corsaire pas de deux» from Marius Petipa, «Flower Festival» pas de deux by August Bournonville, «La Sylphide» by August Bournonville, Fokine’s
«Daphnis and Chloe» with Myriam ould-Braham (Etoile of l’Opéra National de Paris)
Mr. Gallus received his Diploma D’Etat to be a dance pedagogue in 2009 in Paris, and has since worked as a personal coach for certain dancers for the ‘Concours de l’Opéra de Paris. He is a guest teacher at the Zurich Ballet, Basel Ballet, Czech National Ballet , Het National Ballet Amsterdam, National Ballet of Slovenia, National Ballet of Portugal, Ballet National de Bordeaux, Gautier Dance Compagny (Stuttgart), Dresden Frankfurt Dance Company and Studio Harmonic (Paris) . His also a frequent guest teacher at the Architanz Studio in Tokyo, teaching classical and contemporary repertoire and workshops. He teaches at numerous festivals and workshops including the International summer school in Belgium and the ‘summer dance Festival’ in Nice France.
Mr. Gallus is also assistant choregrapher for the new production of Giselle by Howard Quintero
Mr. Gallus is inspired by the diverse styles of the companies and dancers he has worked with during his career and he uses his experience to encourage and mentor dancers in exploring and developing the many styles and techniques that are needed by professional dancers in world class ballet companies today.