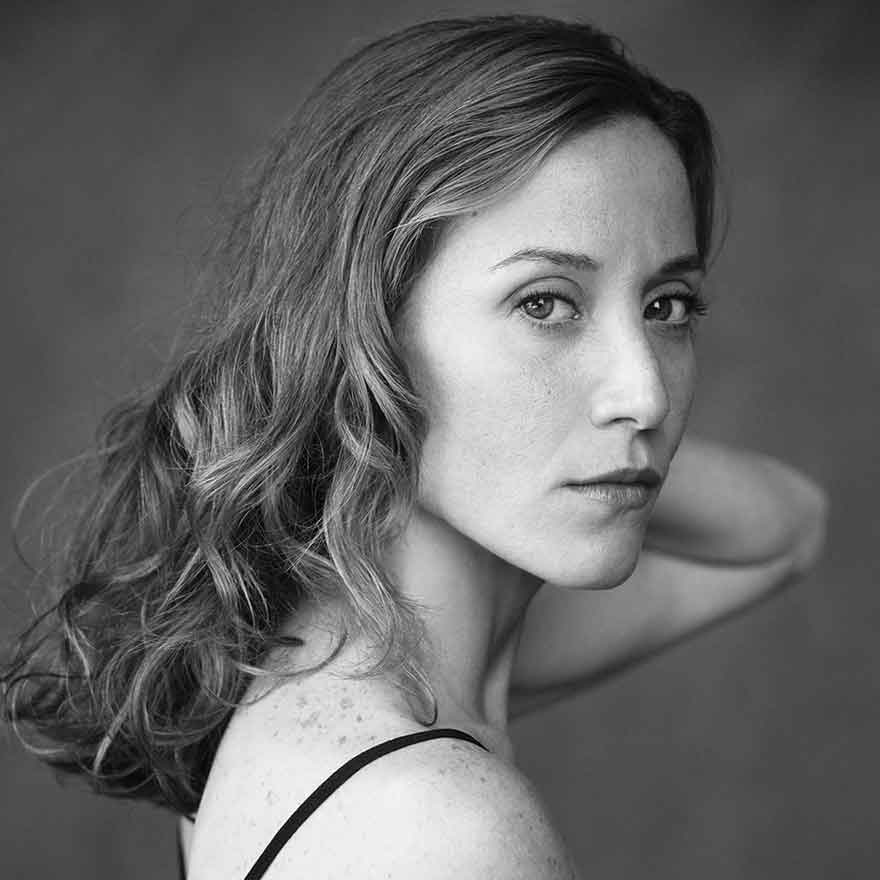 Born and raised in Buenos Aires, Argentina, Ludmila began her professional ballet studies in 1993 at the Instituto Superior de Arte of the Teatro Colón. She had the privilege to learn from ballet masters such as Mirta Furioso, Rina Valverde, Mario Galizzi and especially Olga Ferri.

At the end of 1999, she decided that it was time for the next challenge, and in 2000, at only sixteen, she joined the Ballet of Santiago in Chile. Two years later she was promoted to soloist.
There, in this position, Ludmila performed in Theme and Variations, A Midsummer Night’s Dream and Serenade (George Balanchine), In the Night (Jérôme Robbins), Les Eumenides (Bernard Courtot de Bouteiller), Estaciones Porteñas (Mauricio Wainrot), The Sleeping Beauty, Giselle, Nutcracker and The Corsaire.

In 2003, at the 7th International Ballet Competition of New York, Ludmila was awarded the Silver Medal and received the Igor Youskevitch Award (i.e. one year contract with the prestigious American Ballet Theater).
The same year, she decided to put herself to the test once again, but in France. There she became the first Argentinean to join the prestigious Paris Opera Ballet. In 2007, she’s promoted Coryphée, in 2008 Sujet and in 2010 Première Danseuse.

The same year, she was awarded the Premio Konex by the Konex foundation in Argentina.
In fall 2011, she performed the premiere of La Source, a choreography of Jean Guillaume Bart, an original work commissioned by the Paris Opera Ballet with costumes by Christian Lacroix.

Last season she has the privilege to work with William Forsythe and be part of his last creation Blake Works I.
And today working close in the new creation of Crystal Pite commissioned for the opening Gala and first programme of the season 17/18.

Inside the institution of the Paris Opera Ballet, she has also worked with some choreographers like: Mats Ek for Appartment, A sort of… and The House of Bernarda Alba, Anna Teresa de Keersmaeker for Rain, Jirí Kylián for Kaguyahime, Emmanuel Gat for Hark!, Benjamin Millepied for Amoveo, Sasha Waltz for Romeo and Juliet, Pina Bausch for Orpheus and Eurydike and Nicolas Paul for Répliques.

She is regularly invited to perform in international galas and theatres, where she has had the opportunity to extend her repertoire with other pieces. Lately, she was received at the Bolshoi Theatre in Moscow for Paquita, at the Abay National Theatre and Opera House in Almaty for Giselle, at the Mariinsky Theatre of Saint Petersburg for La Sylphide and at the
Lithuanian National Opera and Ballet Theater.

In 2014, she has been awarded the grade of Chevalier (knight) of the French Order of Arts and Letters.